It was recently announced that Daniel Craig had turned down an offer of upwards of $100 million to play the role of Fleming’s Agent 007 for two more films.  Having been in the role for 4 films spanning a decade, Craig was simply done.

The speculation, dream casting and multiple reports of whose in talks with producers has begun in earnest, but no matter who takes up the mantle, Craig’s legacy as James Bond is assured.

Mel Gibson in ‘The Terminator’?

Ah-nold’s iconic role was reportedly offered to Mel Gibson, who turned it down. And thankfully so, because the words “I’ll be back” just wouldn’t have the same effect coming from Mel.

Robin Williams as ‘The Joker’?

In an interview with Sirius XM, Williams revealed he was considered for Jack Nicholson’s role in the1989 Batman flick. “Supposedly at one point they offered [me] the Joker in Batman, and then it went to Jack,” he said.

Nicolas Cage as ‘Iron Man’… It’s hard to picture the Marvel trilogy being as wildly successful without Robert Downey, Jr. starring as Tony Stark, aka “Iron Man.” But this movie was a long time in the making before Rob signed on to play the comic book character.  Back in 1997, Nic Cage was one of the first actors to express interest in the part. Luckily for audiences, filming didn’t actually begin until a decade later and Robert Downey, Jr was there to save the day, literally.  Note: RDJ was almost literally the last choice to play Tony Stark per Marvel/Disney… and still better than the alternative. Cage, a huge comic book fan in his own right, was also cast in a mid to late 1990’s Tim Burton reboot of Superman that never saw production.

Before Daniel Craig was dubbed the new Bond in 2006, Hugh Jackman was approached to play the MI6 agent. “‘I got a call from my agent saying, ‘There is some possible interest in you for Bond, are you interested?'” Hugh Jackman recalls. “At the time I wasn’t. I was about to shoot ‘X-Men 2’ and Wolverine had become this thing in my life and I didn’t want to be doing two such iconic characters at once.” On a personal note: If Warner Bros. ever decided to reboot the ‘Dirty Harry’ series, Hugh Jackman would be ‘it’.

The actor was offered the role of Edward Lewis in “Pretty Woman” but ultimately declined.  He later joked with Piers Morgan in 2012 that after he saw the film and the love-making scenes with Julia Roberts, that he regretted not taking the part.

The 1988 hit wouldn’t have been the same without Tom Hanks as Josh, but that role almost went to Robert De Niro. Luckily, De Niro was too expensive and the producers gave it to Tom.

The music legend was in talks to play the dirty cop, but reportedly dropped out during contract negotiations because the handgun was too heavy. He was cautious to put added stress on his wrist, which he broke on the set of “The Manchurian Candidate.” But that wasn’t the only reason he stepped away from the script. His father had also recently passed away and he wanted to spend some time doing lighter material.  Once ol’ blue eyes dropped out Marlon Brando and Paul Newman were considered for the role before Clint Eastwood was ultimately cast.  John Wayne was one of the first actors approached to play the role, having turned down ‘Bullitt’ just a few years before.

Eric Stoltz in ‘Back to the Future?’ 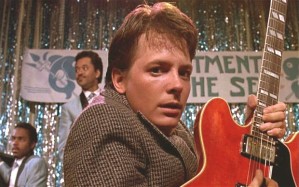 Fans of “Back to the Future” almost didn’t get to see Michael J. Fox in the starring role as Marty McFly.  When he was first offered the part, Michael was busy shooting “Family Ties” and had to turn down the role. So producers began filming the trilogy with Eric Stoltz. They reportedly weren’t happy with how things were going and eventually found a way to make it work with Michael J. Fox by having him film at night after “Family Ties.”  Who knows if the movie would have been the cult hit it is without Michael as the star. 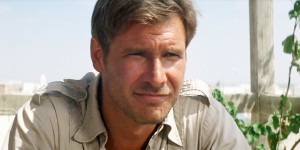 The 1981 movie was almost made with Tom Selleck as Indiana Jones instead of Harrison Ford. Unfortunately Tom had to turn down the role due to his recently signed contract to star as “Magnum P.I.”

From Connery to Brosnan, there has been one constant; They didn’t look like the written Bond. 007 was never intended a pretty boy handsome spy, but on film he translated to it. Enter Daniel Craig: I’m not saying he’s not a handsome man, but he is closer to the more realistic Bond Flemming wrote 50 years ago. His gritty and not so smooth features are closer to the Hoagy ‘Stardust’ Carmichael the face was based upon. Add in the original Bond novel, and yes, we have a movie.

Now, most of the Bonds reach near epic proportion, more than just a popcorn movie often does… this follows those footsteps. Exotic locations, little gadgetry and more rough-house, this follows the ideals of ‘Dr. No’ and ‘From Russia…’ than let’s say ‘Die Another Day’.

Yes, Judy Dench as M throws the timeline way out of whack for actual Bond-o-philes, but even the producers admitted they couldn’t recast the role any better, so tough. Craig enters the role at just the right time, a little known face in the U.S., with several international roles, he is definitely fresh and hits home with the brooding and broken Bond, who we’ve seen glimpses of in established Bonds before him.

Yes, the title “Quantum of Solace” is taken from a short story of Flemming’s… this film however has nothing to do with it. The title and its scientific meaning is quite applicable as at this point there is quite an amount of comfort with Daniel Craig as 007.

Though a bit more violent than most of its predecessors, ‘Solace’ follows the current formula with excellent results. Very little in the gadget department, but the right mix of guns, booze and hot broads. Connery (and to an extent even Lazenby) should be proud. Yes, Roger Moore was a bit outspoken on the violence, but he was the comedic Bond. A one two punch of 007 hasn’t been thrown this hard nor this effective since the original debut of “Dr. No” & “From Russia…”, the last one-two combination of any real 007 mettle being Moore’s “For Your Eyes Only” & “Octopussy”. Again, the formula of little gadgetry, a lot of girls and villanous stories.

Though I agree with Judy Dench and Daniel Craig that the characters of ‘Moneypenny’ and ‘Q’ should be returned to the background environment, I’d hate for it to be at the expense of the current formula. The first 007 sequel (or prequel, depending on how you look at it) to pick up directly where the preceding film left off and introducing us to Quantum, the obligatory successor to ‘S.P.E.C.T.R.E.’ (which just sounds cooler anyway) we’re given insight that Bond’s job is far from over… and that there are sequels a plenty to follow. The mix of friends, villains and Bond Girls makes great contrast against Craig’s brooding and bruised agent (both internally and externally). The fact that M can note “They will do anything for you, won’t they?” is a great psychological dig at the many years established as the screen’s most suave user of the female form… physically, mentally and fatally.

Though I was not a fan of the opening title sequence (a departure from the established formula from Maurice Binder and his successors) I was pleased to see the return of the ‘Three White Dots’ at films end as a pre-cursor to the next film.

A great popcorn film which keeps you in the seat. Well paced and action filled with very little lag…. no bathroom breaks.