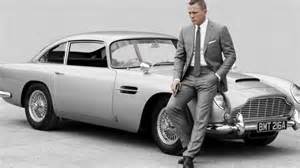 It was recently announced that Daniel Craig had turned down an offer of upwards of $100 million to play the role of Fleming’s Agent 007 for two more films.  Having been in the role for 4 films spanning a decade, Craig was simply done.

The speculation, dream casting and multiple reports of whose in talks with producers has begun in earnest, but no matter who takes up the mantle, Craig’s legacy as James Bond is assured.

Cary Grant, who had turned down an early opportunity to play Ian Flemming’s suave super spy did in fact play a version of the character here. Cool, calculating and turning back the superior villains at every turn, Roger Thornhill made for a great anti-hero. So well-played in the trademark gray suit, Connery may have almost been playing off this role.

Though shunning the 007 role due to the prospect of having to do sequels, Grant helped to generate the run of Bonds to come without really even trying.

A Hitchcock triumph (MGM rejected his original title.. ‘The Man in Lincoln’s Nose’), bring the popcorn and no bathroom breaks.

‘Thirty Seconds’ is easily one of the best WWII films of the 40’s, released just prior to the surrender of the Japanese Empire. It remains true to the original story, based upon the memoirs of the man who flew the mission. In ‘Pearl Harbor’, we see Alec Baldwin, here we upgrade slightly to Spencer Tracy. Both play the Colonel Doolittle role well, but Tracy is the original and the best. Though the pacing isn’t brisk, the film is worth it and can qualify as WWII epic. 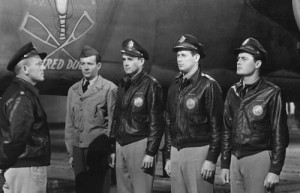 Bring popcorn and no bathroom breaks.

Spencer Tracy won his second consecutive Academy Award for this turn as Father Flanagan, the architect and operator of Boys Town. Following up ‘Captains Courageous’, Tracy cemented himself as an actor’s actor.

Surrounded by an outstanding supporting cast, and pitching a great script, this film makes the ‘Best’ list and with little question. Well paced and with excellent delivery, ‘Boys Town’ is definitely one to watch if you really consider yourself a film buff. 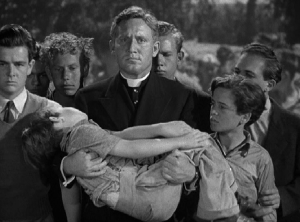 I list this under my ‘Best’ category for the simple fact that it’s one of the best ‘Buddy’ pics of all time. Tracy and Gable had already been on-screen together, and both had already been award winners, but this one was just fun. The story allows them to play off themselves with great range, and adding Myrna Loy only helps.

Paced fairly well, with just a dash of drama, the film hits on all cylinders and is definitely a popcorn movie. 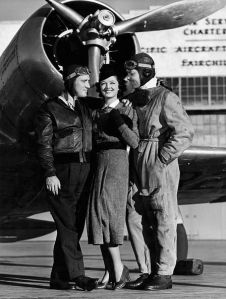 If you like this one, don’t miss ‘Boomtown’ either.

It’s classic. A classic novel made into a classic film with great classic actors. What more do you want? A ‘big budget’ film for it’s time, this one helped solidify Clark Gable as the ‘King of Hollywood’ (even though he did not want to star in it) and as a long range actor, not just some gangster or quick-witted romantic lead. 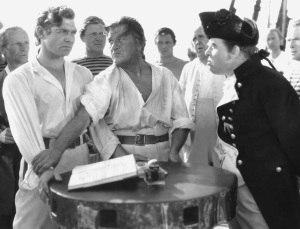 The film, like the book, isn’t paced the quickest, but it’s true to the original work. If you can look beyond the clock, you’ll follow along just fine and be entertained in the process. With an excellent and talented cast of top tier and supporting actors, this film definately is worthy of the viewing.

Not since the initial release of ‘Dr. No’ and ‘From Russia..’ had two Bond films been back to back epic, never mind 007 epic. But following Roger Moore’s best Bond vehicle in ‘Eyes Only’ came a near perfect follow-up on ‘Octopussy’.

Released to trail Sean Connery’s ‘Never Say Never Again’ unofficial Bond film for Warners, the two went head to head for bragging rights. As many figured Connery would win, Moore’s film held its own… and though many will always have a differing opinion, the two films raced neck and neck to a photo finish… Moore, though, won the title by playing a better storyline, even if Connery played a better Bond.

With a better supporting cast than one had seen in a while, on the coattails of ‘Eyes Only’, ‘Octopussy’ sported a mature and more memorable Maude Adams, Louis Jordan in a villanous turn, and a Q who easily branched out even further… with a title alone that begged interest. Moore’s second best vehicle, he reaches Bond Epic for the second straight time. 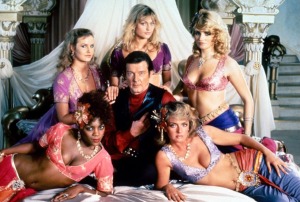 If only he had kept this his farewell Bond performance.

Until this role, Roger Moore had played James Bond in 4 films, but he had yet to portray 007. With ‘Eyes Only’, Moore proved he was indeed the successor to the 007 franchise, not just a placewarmer for the next guy.

Suave, sophisticated and a ladies man who did indeed save the world, Moore’s Bond was an adventure hero… now he was the world’s greatest secret agent. Connery, portrayed Bond before the gadgets and set the bar. Lazenby played a non gadget toting super-spy and nearly broke even with Connery’s 007, in his only outing. Finally, Moore’s Bond not only shook off Connery’s past (the opening montage was result of the Warner Bros./Kevin McClory legal battle) but stood poised to take him on, as he would just two years later. 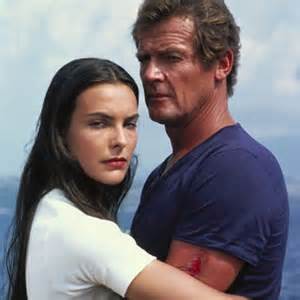 ‘Eyes Only’ represented an Ian Flemming throwback Bond, no gadgets, just cunning, guns and girls. ‘Moonraker’ had pushed the gizmo envelope, and the films needed to step back to some old school spy caper… mission accomplished. Moore’s cold, dedicated agent harkened back to a Bond not seen since ‘OHMSS’ or ‘From Russia..” before it, and the change was good for all. Moore’s sequel of ‘Octopussy’ (which ran head to head with Connery’s ‘Never Say Never Again’) combined with ‘Eyes Only’ to deliver a one two punch of Bond films not experienced since the first two films in the series were released, ‘Dr. No’ and ‘From Russia..”. 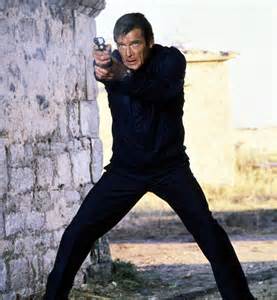 This film qualifies as Bond Epic.  Bring the Sno-Caps and no Bathroom breaks!

OK, so 007 doesn’t actually get to space till Roger Moore’s ‘Moonraker’, but it’s still pretty close. With the Cold War in full swing and the Space Race fueling the fire, Bond saves the world, one Apollo mission at a time.

The plot is sluggish and a bit convoluted, relying on old tricks of the trade we had just seen in Thunderball, but it does set a pace and gets us there in one piece. Highlights include Donald Pleasence’ delayed debut as Blofeld (if only he remained in the role), awesome use of production miniatures and some well done action… only to be outdone by lowlights such as Bond turns Japanese, Bond gets married, and 007 falls into a crappy Japanese SIS booby-trapped floor trick. Tied with Moore’s ‘Moonraker’ as soft Bonds, but still neither of them rank as the worst. 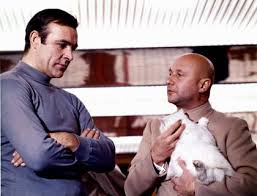 Pierce Brosnan had made great 007 strides in his two preceding works, but stutter stepped in this soft shoe Bond echoing back to Connery’s ‘You Only Live Twice’ and Moore’s ‘Moonraker’. And yes, there are worse Bond films than those.

The film seemed a little too hard pressed and little too rushed to set it all up. Brosnan played a fine 007, and he was set up with a great cast (Denise Richards makes for excellent Bond Girl fodder, but not as a nuclear physicist), but the story just didn’t hold together. Even cool points such as Q’s replacement, Zukovski’s return and the echo back to ‘universal Exports’ just weren’t enough to lift the story in softer places. 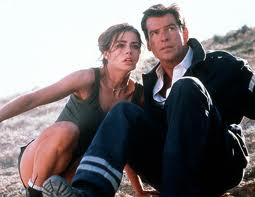 The disappointment of the Brosnan era, it’s still not as bad as ‘Man with the Golden Gun’ or ‘Diamonds are Forever’… so grab the popcorn, and yes, bathroom breaks are allowed.